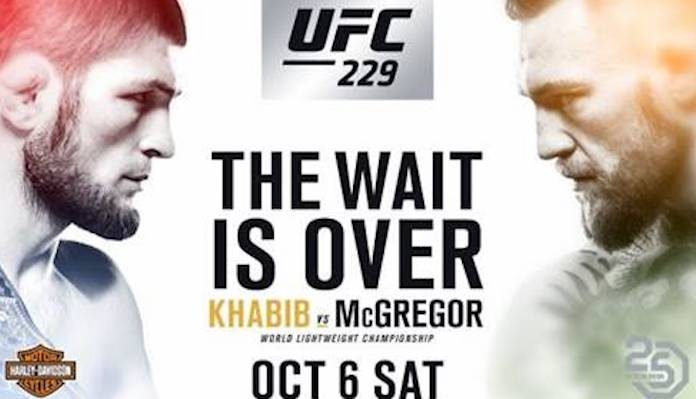 After work I rushed over to one of those beer and wings joints and got there in time for the big main event. Like most of the other dudes, I was there specifically for this fight. At 11:45 PM the place was packed. It was standing room only.

I scoped the room for a spot to stand and thought I’d found it next to some slim kid in a t-shirt and jeans who I might have assumed was a student if not for the muddy farm boots. But I wanted a beer which, even if I didn’t want it, seemed like the appropriate thing to do – make some sorta purchase if you’re gonna occupy space in their bar to watch the big fight. So I made my way shyly over to the bar, which was packed with mostly younger and drunk and rambunctious guys primed for the main event. I squeezed my way over to the bar. A comparative elder like myself tapped me on the shoulder. He looked piss drunk.

I stood there all passive and, honestly, somewhat submissive. My new friend took the lead, pointing at the beauty behind the bar, then from her to me. She waved him off with a “just a second.” Then, sure enough, she made it to over to me, at which point I thanked my friend. I’m not sure why I felt so sheepish. I’d just started this new job over in Kentucky and was just getting used to the after hours activities down there. Just getting my feet wet, you could say. And I had this jokey cockiness that, as a professional living in Ohio – nothing too out of the ordinary on my own turf – down there in the Bluegrass state that ought to make me a sorta prince among the real plebeians of the Tri-State. But that’s not how it was playing out. I wasn’t comfortable or self-confident. I felt a little nervous. I’m too old to wanna get fucked with and I’m too old to wanna fuck back.

It was a Saturday night. After a week of work that doesn’t seem to amount to much, life can seem meaningless and purposeless. But then something like this fight comes around and for a while there’s a reason to want to live…just to see the outcome.

I ordered a tall glass of the most bittter IPA I know of, then made my way through the drunks on over to where that spot had been available next to the kid that couldn’t have been older than 25. It was still open and that young man was still standing there. I timidly put my beer in the open spot, claiming a space. He wasn’t drinking anything.

If you’re a fight fan, then the odds are you had a favorite in this huge main event. And as I think about it now, maybe that’s what draws most sports fans to sports – the necessary condition of preferring one person or team to another – regardless of the logic in a team or a person being just that and little to nothing else. Sometimes we just accept our preference as sentiment but often we construct reason why liking one person or team is better than liking another. Maybe, much like the virtue of patriotism, it’s hometown pride. Or one person appreciates another guy’s confidence and bravado while another one sees it as cockiness, preferring the opponent’s stoicism and good sportsmanship. There’s virtue in confidence as well as being humble. See, you can wrap virtue up a variety of ways. One man’s virtue is another man’s vice. The beauty of these things is you can wrap that virtue on them according to your temperament. Then you can wrap that virtue on yourself by being the one to recognize it in them.

The main fight starts and with each blow by the Irishman, I hear muted “yeah”s from the kid beside me. Then the Russian takes the kid’s man down and ties him up with wrestling. It’s what the Russian’s known for and what everybody knows the Irishman needed to avoid. The Russian goes on to wrap up the Irishman for the better part of the round, holding him down and smothering and smashing him.

Round 2 begins. It’s not long before the Russian starts in with the wrestling again. With a little less restraint, the boy beside me says, “stand them up. Enough of this pussy ass bullshit,” delivered with a recognizable country-boy twang that I know all too well and which compliments those farm boots nicely.

I figure he said it with the intent of seeing if I’d agree. That’s how temporary solidarity works in instances like this…sometimes. But I remained stoic. I didn’t think I had a favorite but many times the favorite emerges during the contest. It’s a sentiment that surfaces, despite logic, naturally and truth be told, it was starting to emerge for the Russian. But I don’t like giving into emotion in any way, over sports or relationships or whatever….so by natural inclination I took a few sips of the IPA and kept my attention on the fight rather than what my heart was trying to tell me. And then logic kicked in to add the final blow to the simpering emotion that ached for acknowledgement. It intervened by forcing me to consider how much this boy’s perceptions of the situation are governed by desire for an outcome. Or, in other circumstances, how our perception of things are governed by how we want them to be.

Had the Irishman taken down the Russian instead, and smothered him with wresting  – essentially beating him at his own game – I suspect this kid would be elated. What he’d described as “pussy-assed bullshit” in another situation would be something to celebrate if his man was the one in the same position of dominance. It would be an admirable display of dominance and well-roundedness. A real show of superiority by beating that Russian at his own game.

There’s an intoxication to this conquering of reason over the emotion that attempted to well over the performance of the Russian. But I kept that suppressed for I understand that like this boy who couldn’t view the wrestling objectively (bad when used against who he like, but (likely) good when used to his favorite’s advantage). Maybe an expression of my emotion would have lead to conflict between me and this kid and his counter emotion. Who knows. But I see too that temporary solidarity from across the room of two guys in the minority of rooting for the Russian. And I suppose there’s something to that.

I finished that beer and enjoyed the fight. The Russian won which made me more glad than if he’d lost. Then I drove home, knowing that the feeling would wear off by tomorrow. It would have worn off whether the Russian had won or lost.