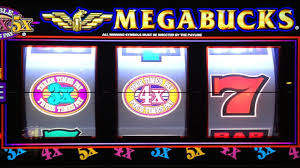 “No,” The Voice said. “You created Man. Man as something distinct from the lowly beast. And in order to create Man, you needed to create God.”

“Or, compounds before basic elements. See, you speak nonsense,” The Voice said. “You created God to elevate yourself above the beasts. You created God to lay the blame of your imperfections upon. And you created God as all gracious and infallible as a creator. Does this profound incongruity not speak to your own fallibility of creation? Your fallibility in the creation of Man and God by Man?”

“There is such hubris in assuming perfection in anything Man has created or conceived. And, not all gods have been perfect.”

“God is not conception.”

“Then why not an imperfect God?” The Voice asked.

“Because he must be perfect.”

“Yes. To fit your conception of Man.”

“You speak of my hubris, but, I insist, I am humble before God.”

“But why would I create Man?”

“To be something. Unfortunately, as your own maker, you have done a lackluster job. Need I point to all your hypocrisies and inconsistencies in faith, reason and emotion? Out of all that you have tried to form Man, but it has only been a mediocre creation, so you lay it at the alter of God to blame for its deficiencies and to attain salvation from them.”

“You created Man and God because you need to be more than beast – the ignoble beast that isn’t burdened by its mediocrity.”

“No,” The Voice said. “Without God, Man and beast are too much alike. Too much alike for Man’s taste. So you’ve created God out of the centuries of your cultures and your fallible faiths and reason and emotions. It is essential for being more than man or beast. Unfortunately, without God, you cannot agree on what Man is. Unfortunately, as Man, you cannot agree on what God is. So, in turn, you can never agree on what Man is either, leaving you lost.”

“You are saying it is all a fool’s task?”

“It is a task better suited for Man, if that’s what he is.”

“You are not suited for it because you are far more beast than Man. It is that simple.”

“I am more wise than the beast.”

“The hubris of Man again. The beast doesn’t question what it is. There is never a conception of Beast from beast. In this way, it is wiser in being so simple.”

“Man is different. Man has will. Man has reason and faith.”

“And he uses that reason and faith, even history, in formulating so many strange conceptions of Man that he remains perceptually lost. That is Man’s wisdom. That is Man’s downfall, being far too simple for the creation of God but, having too much pride, creating God in spite of it all.”