Death by a Thousand Cuts

A New Pair of Pants

A New Pair of Pants Baker’s pants were too tight. He finally decided he needed a new pair. Maybe two. He’d packed on some flab since the pandemic began. He called it “covid weight”. His shirts had grown tighter too but he wanted to wait. He hoped the weight might fall off sometime in the […]

Friend,
I agree about boycotting treacherous Pizza Hut and their scandalous association with the NFL. That’s why I bought a dozen Domino’s pizzas today and set them all on fire. I was gonna do it with a dozen Pizza Hut pizzas but paying all that money to PH just to torch the pizzas only goes to support them, ultimately. But I wanted to make a bigger statement than just coming on here and virtue signalling so I went ahead and bought all those Domino’s pies and set them aflame. My neighbor said I’m an idiot cause it don’t make any sense to set a dozen Domino’s pizzas on fire when I’m really mad at Pizza Hut. But when he came outside wondering what all the smoke was about he was wearing a Nike Bengals jersey so he can’t be trusted anyway.

Here’s a picture of what he looks like so it’s a matter of public record. His name’s Tuck Greisy and I think he might be a communist or homosexual or liberal too cause he walked away mumbling something about how I coulda taken them pizzas to a soup kitchen or homeless shelter. But this is America where hard working patriots earn their pizza. They don’t get it by being lazy bums accepting handout slices. 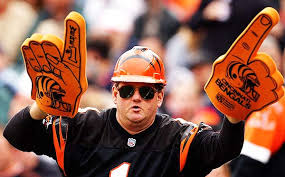 mrobins71 accepts/condones the burning of Pizza Hut pizzas only. Not actual Pizza Huts.